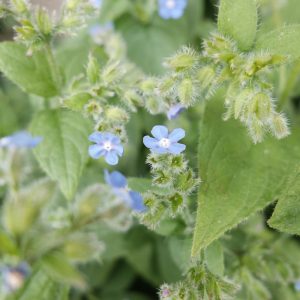 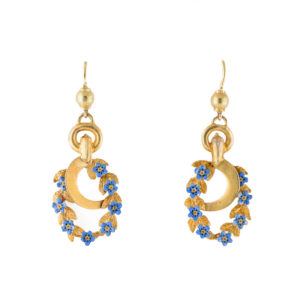 Harry Emanuel (1825-1898) from London made this exquisite pair of enamelled Victorian novelty earrings. They depict a golden sickle combined with forget-me-not flowers. Harry Emanuel was not only a jeweller but also a politician. He took over his father’s jewellery business in 1855, working there as a goldsmith until 1873. He was mainly known for a patented type of jewellery featuring feathers, complete birds and bird heads. A brooch and a pair of earrings with the same enamelled forget-me-not flowers as the pair on offer are on display in the V&A museum. 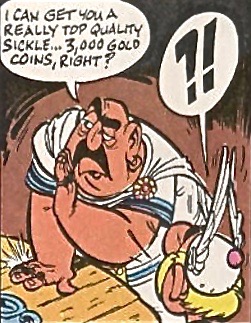 A sickle is one of the most ancient harvesting tools. The gold version is the one used by druids; Gallic Celts. Knowledge of the Druids is derived chiefly from the hostile accounts of them by the Roman author Julius Caesar, who reports that they cut mistletoe from their sacred oak tree with a golden sickle. Also Pliny the Elder, in his Naturalis Historia xvi 249, describes a druidic ceremony, with a white-robed druid climbing an oak tree to cut down mistletoe with a golden sickle.

An easier read might be Asterix and the Golden Sickle. The 2nd of Asterix’s adventures begins with the Druid Getafix breaking his golden sickle. An essential tool for the magic potion to be properly prepared and urgently needed for the upcoming annual druid conference.

According to the Language of Flowers, the forget-me-not flower symbolizes: True and faithful love, remembrance after death, a connection that lasts through time and fidelity and loyalty in a relationship, despite separation or other challenges.

A golden sickle combined with forget-me-nots is te be found on a Victorian New Year’s card, found in the archives of TuckDB, a database of antique ephemera published by Raphael Tuck & Sons. This 19th century card inspired me for my New Year’s card for 2017. 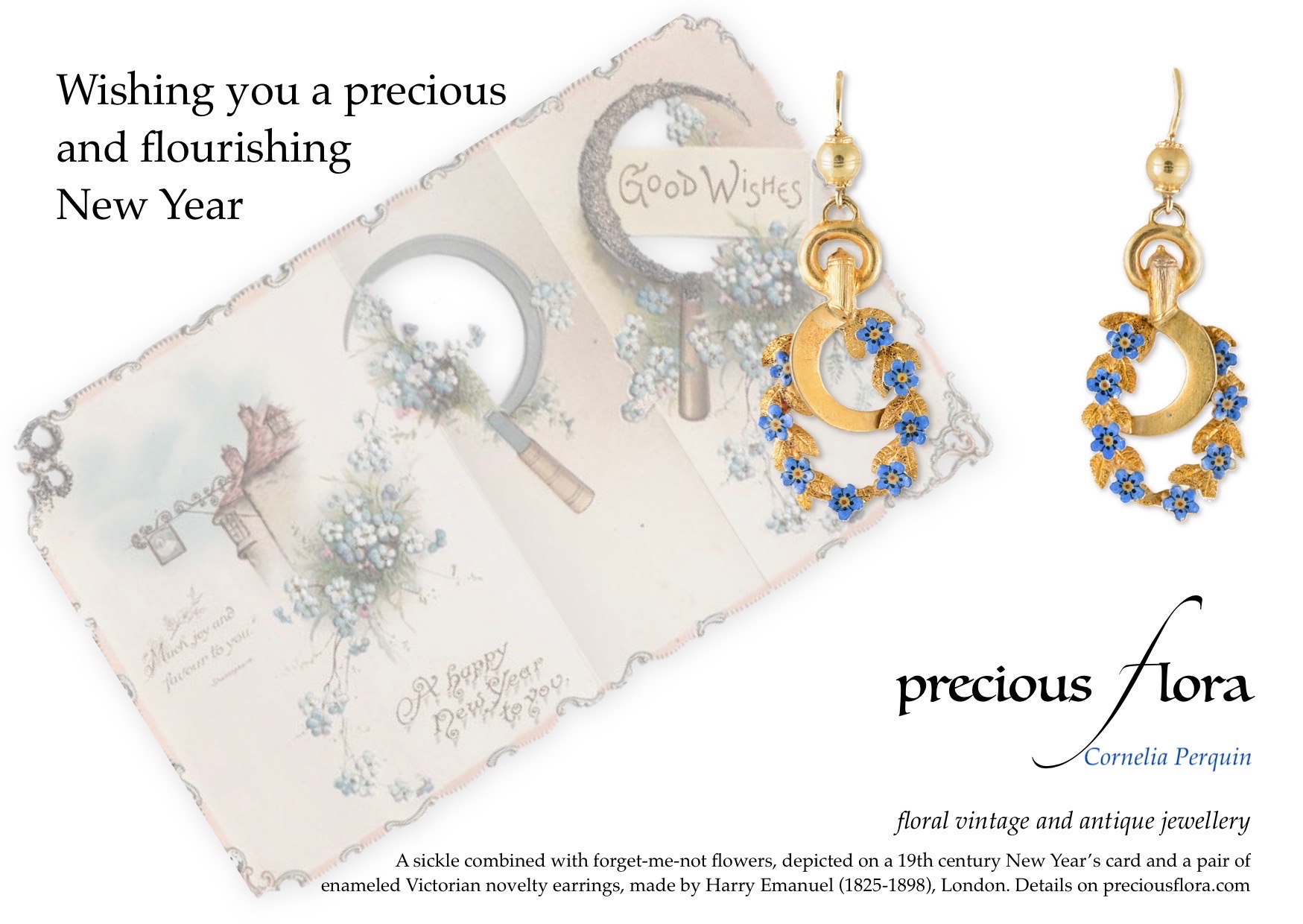