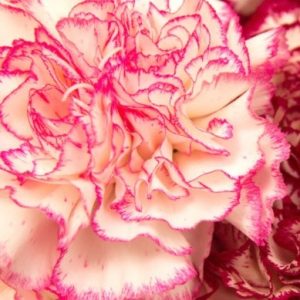 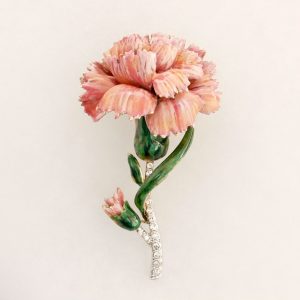 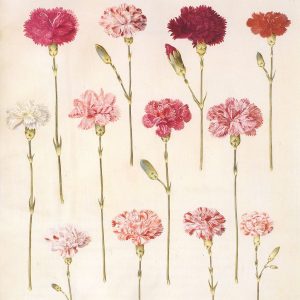 Although a fairly sturdy ruffled carnation will liven up any outfit, every day, usually a boutonnière is worn for a special event. Donned in a similar way, high on a lapel, this realistic enamelled counterpart on offer merely looks stunning, and the 1950’s precious flower stays fresh forever. More in The Gentleman’s Gazette: the History of the buttonhole and Boutonniere & Lapel Flower Pin Guide
Native to Eurasia, carnations are cultivated for thousands of years. The Greeks and Romans used the flowers in ceremonial crowns, which might explain a name similar to ‘coronation’. Others though believe the carnation earned its name from the Latin word Caro, 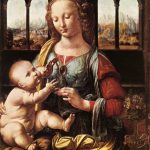 meaning flesh, as this was the colour of the first carnations. It is also thought to be derived from the Latin word Incarnation, in this case, the incarnation of God in the flesh. According to legend, the carnation flower appeared after the Crucifixion of Jesus Christ. Carnations sprang forth from each spot where mother Mary’s tears fell to the earth. The carnation’s scientific name, Dianthus, comes from a combination of two Latin words: Dios, meaning gods, and Anthos, meaning flower. More about Christian symbolism.
Carnations 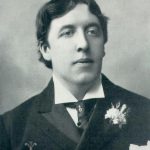 enjoy a varied and rich history, filled with symbolism and legend. What giving or wearing a carnation means, depends on the circumstances and the colour of the bloom. In The Language of Flowers a pink carnation would mean “I’ll never forget you” and a striped one “I’m sorry, but I can’t be with you”. There are also some general symbolic meanings that apply to all carnations. These are Love, Distinction and Fascination.
April 30, 2019December 24, 2020 Categories: ArchiveThis item is no longer available. For similar pieces currently in stock, please contact us or check these tags: 1950s · Boutonnière · Brooch · Carnation · Christian · Enamel · Flower · Italian · James Bond · La dolce vita · Language of Flowers · Legend · Men's jewellery · Oscar Wilde · Pink · Symbol · Virgin Mary